About 5 years ago, my oldest daughter got a "learn how to knit" kit.  She was only 4 or 5 at the time so I figured I would try to figure it out first and then we would try it together.  In addition to the book from the kit, I watched lots of online video tutorials and eventually figured it out.  I can't remember if I tried to teach her or not but I do remember knitting two little bags from the kit and I remember it taking me forever to do so! 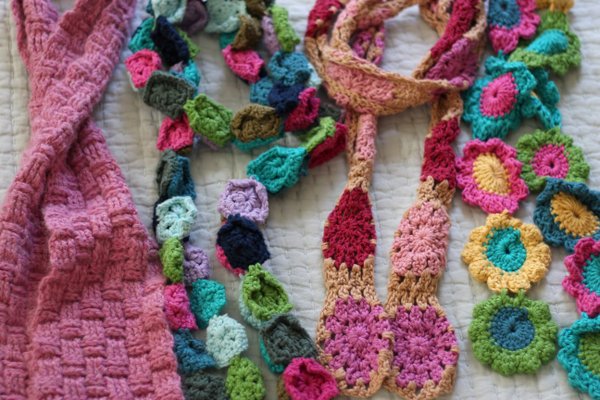 The kit also came with a crochet hook so I decided to try it.  I borrowed a kid's crochet book from the library and I was immediately hooked (ha, ha!)  Over the past five years, I've crocheted lots of things - many of which I've shared on this blog (here, here and here) and some which I haven't like the scarves in the above photo.  But recently I've decided to try knitting again.  I specifically wanted to knit a honey cowl after admiring the versions I have been seeing around on lots of quilting blogs.  I only had the knitting needles from the original learn to knit kit so I ordered a set of circular needles and started with a  simple scarf instead (and good thing I did because I had to completely re-learn how to knit.) 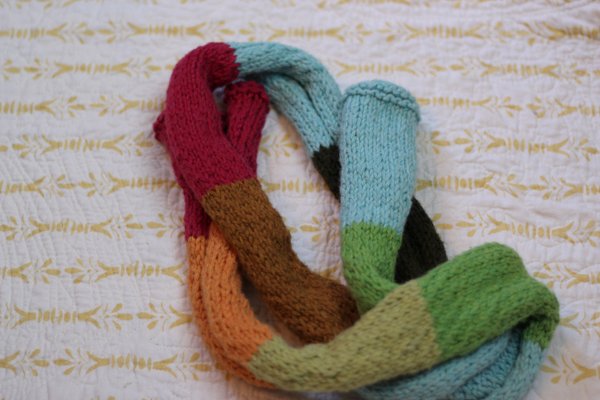 The circular needles eventually came and I spent some - um, lots of - time watching video tutorials and reading more knitting books from the library.  I just couldn't figure it out but then my friend Nat came to the rescue with a somewhat simple, but totally perfect suggestion and I was on my way. 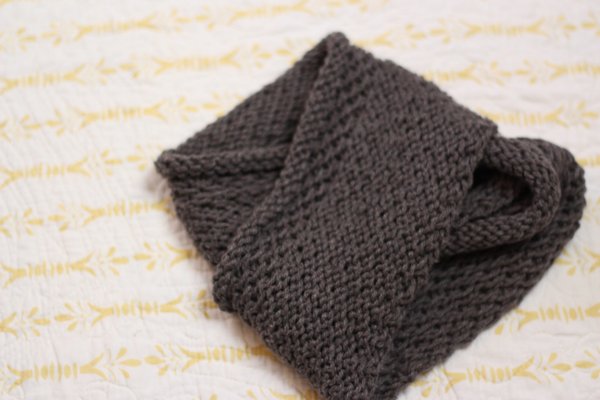 Well, at least I thought I was - I had figured out the trick to circular needles but apparently not the trick to actually reading a pattern correctly.  I forgot to read the part about knitting four rounds before starting the pattern stitch AND I was knitting inside out (didn't even know there was such a thing) AND I somehow unknowingly switched to knitting right side out about halfway through.  Oh, well, I decided to just cast off early and give it to my daughter to wear instead.  And despite all the errors, it looks super cute on her so it worked out fine! 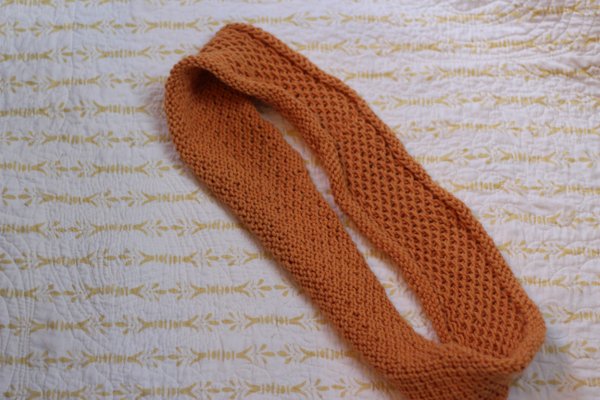 If you are a knitter, you can probably already identify the big (unfixable) error I made with this one.  Yep, every thing I read about using circular needles clearly says that you need to make sure that you don't twist your stitches when joining the first round.  I thought I was so careful but again about halfway though knitting this, I realized that I had indeed twisted the stitches!  Well, since I have more than one daughter, I again just cast off the stitches and I was going to pass this on to my oldest but decided to try it on first and  . . . I love it!  It is not the big, thick, comfy cowl that I thought I was making but it works great wrapped around twice!  If you are interested, I cast on 140 stitches and cast off when it was about 5 inches. 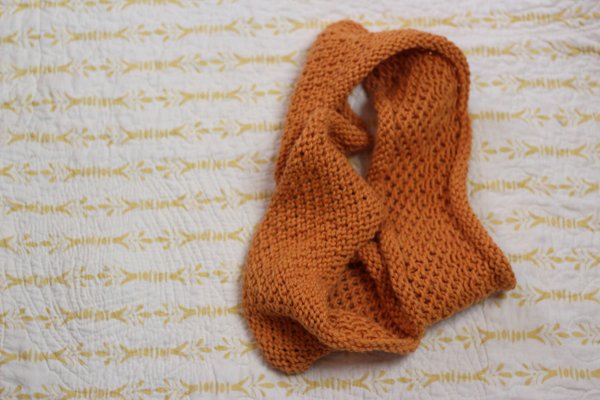 I took a break from cowls to try a hat (I'll save that for another post) but I'm starting cowl #3 soon  - I'll let you know how it goes!

So, anyone have any suggestions for other patterns I should try (especially hats)?  Or do you have a favorite knitting website or book to recommend?  Or any tips?