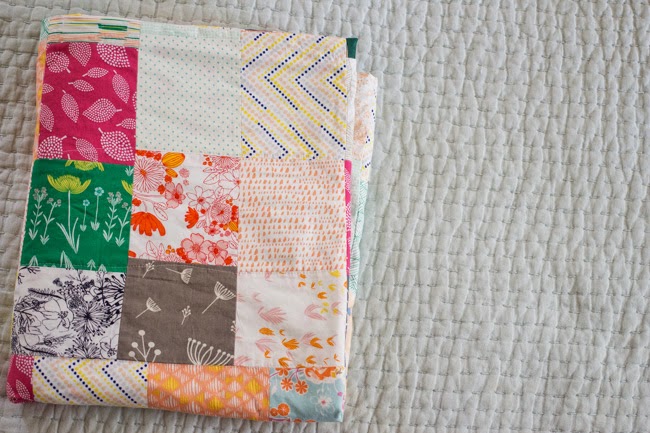 I'm not sure why but I have a difficult time starting something new if I know I have a WIP waiting to be finished. I know some people prefer having lots of projects going on at the same time and I definitely see the benefits of that but I prefer to start new projects with a clean slate. So, since I have a couple of projects I need to start, I decided to first finish this WIP from a few months ago. 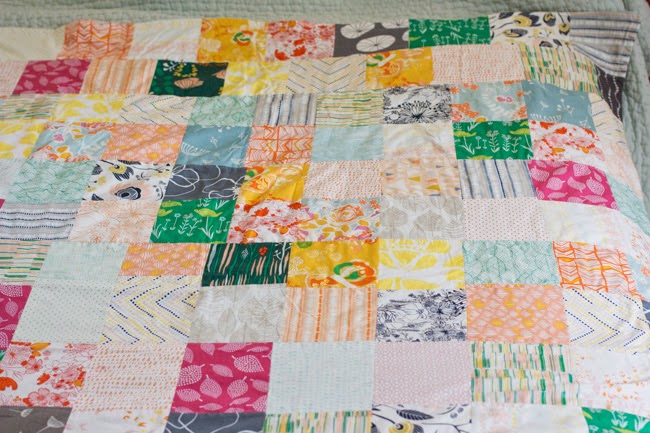 Well, it is not that I don't like having any WIPs, just none that are as close to being done as this was. For this quilt (which I last wrote about in the beginning of July), I just needed to add several more rows and quilt it since I had already completed the back BUT I knew if I had to add the number of rows necessary to make it the size of the backing that it would continue to be a WIP and I would never start my other projects. So I just added a few more rows so that it would be a big throw size and backed it with some flannel from my stash. Actually, I guess having that finished backing means I kind of, sort of have a lingering WIP then, right? 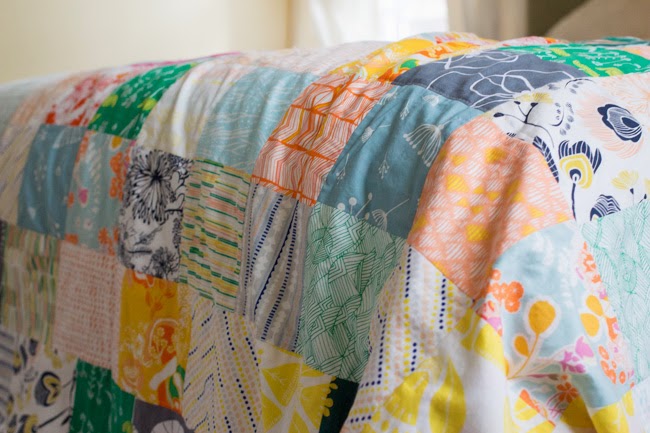 Actually, size is not the only reason I chose to make a different back. Um, well, I only have one package of batting in my house right now (and only a very small batting scrap) and I want to use those for my other projects. Yes, I could have just ordered more batting and I considered that but instead I decided to try backing it in flannel without any batting - which I guess makes it more of a coverlet? 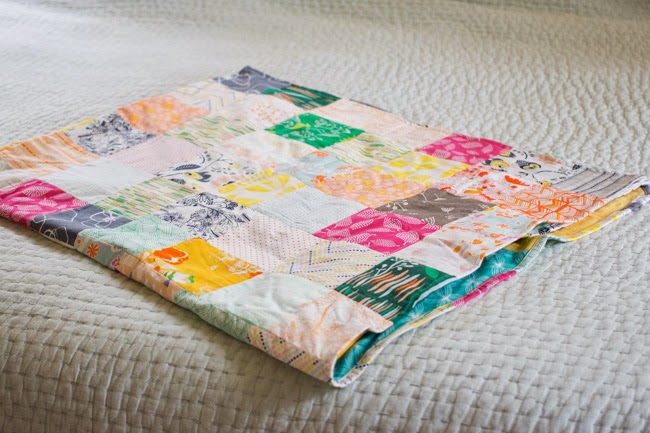 Since I didn't have to worry about quilting it according the batting instructions, I barely quilted it at all - just some random, somewhat wavy horizontal lines spaced very unevenly throughout the quilt. 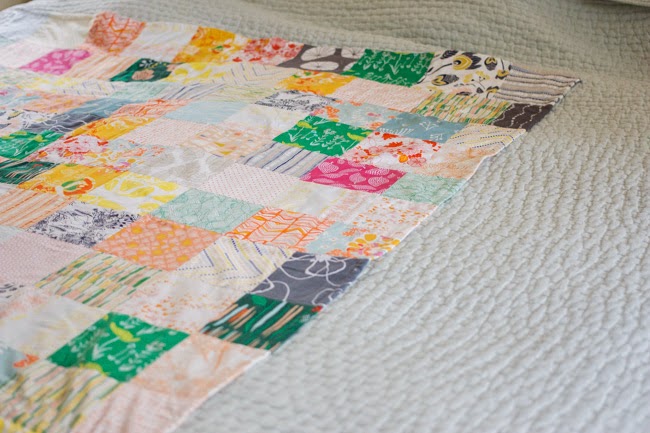 Then when it came time to add the binding, I'm not sure what I was thinking but I just folded the front over to the back and used that for the binding. I 'm not sure how to describe it but you can see in the photos. I've seen people do this by folding the back over to the front (which I considered) but I liked it better this way. I even got one of the corners to miter the right way! 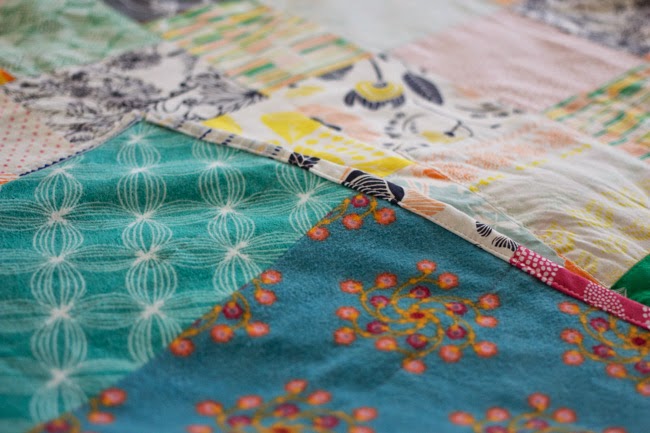 Well, it might not be the best quilt I ever made but it is out of the WIP "pile" and will soon be being used so YAY! Right??? 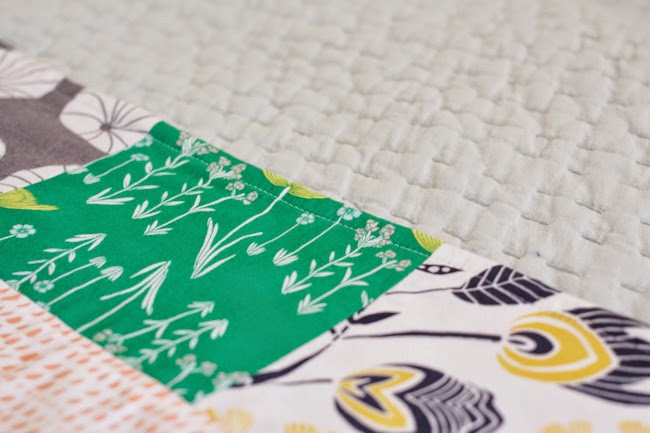