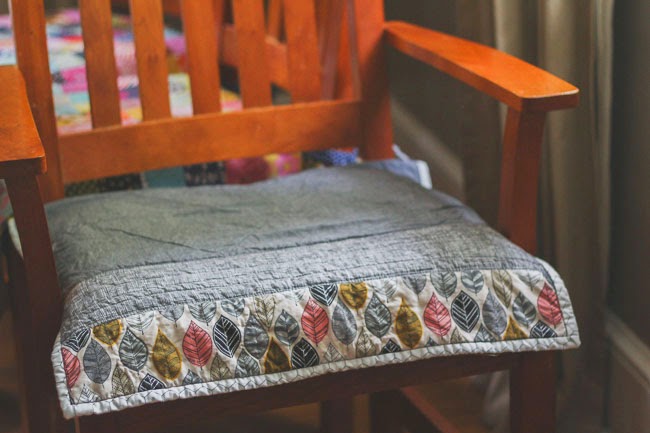 I was about to start this post by saying "A few months ago, I made some removable chair cushion covers for my dining room chairs." I then searched my blog so that I could link to the post and realized the post was from June 2013 - over a year ago! I honestly thought I made them earlier this year. The worst part is that in that post I write about how I only made 4 of the 6 I needed and that I would be making the rest soon (click here to read it.) Crazy!

Well, anyway - I made the last two and I actually plan to replace the original four to match the recent ones - guess I'll write about that in 2015. 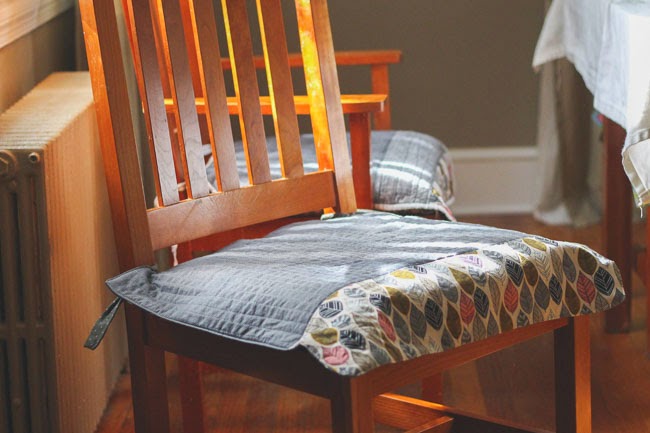 For this first cover, I experimented with the quilting like I did for this pillow. 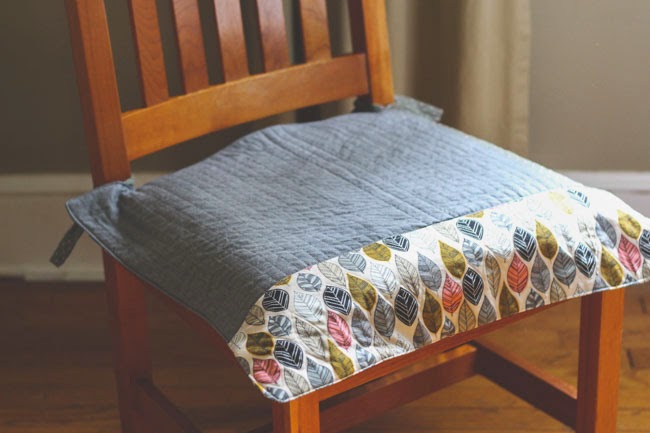 However, for the second cover, I just quilted straight lines on the chambray fabric since the quilted large triangles on the first one weren't allowing the cover to lay flat enough for a chair cushion cover. I also substituted a dark gray with pink dots fabric for the sketch fabric to mix it up a bit and NOT because I ran out of the sketch :) For both covers, I stitched around a few of the leaves but mostly left that fabric unquilted. 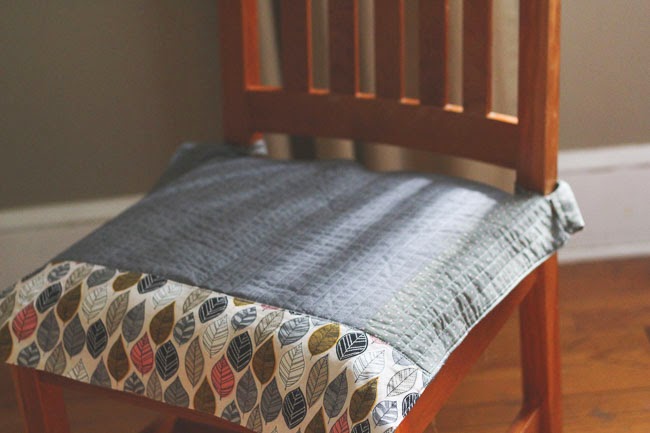 I plan to make the other four covers with a similar color/fabric scheme but to give each its own personality. And just like the original cushion covers, I just sewed some ties to the back of the cover to attach it to the chair. The ties are easy to remove from the quilts (ask me how I know!) so I'll either just keep the original covers nearby to use when these are in the wash or I'll remove the ties and give them to my daughters for doll quilts. Either way, they definitely won't go to waste.