Several months ago, I bought a large pillow form (26inch square.)  I know I bought it with a plan in mind but other things got in the way and now I can't even remember what that plan was.  What I do know is that the huge pillow form - even when rolled up in the package - was taking up a lot of precious room in my tiny sewing space. 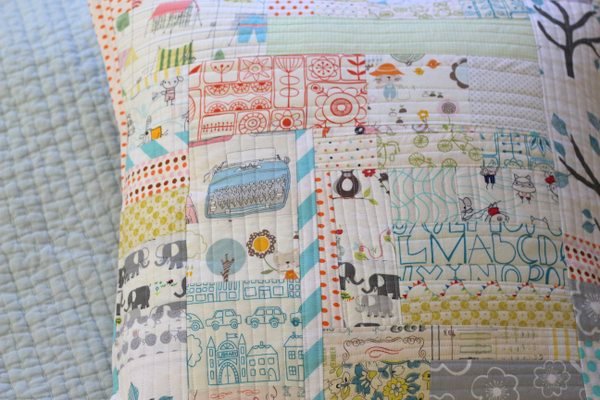 I was determined to finally use the pillow form this weekend and get it out of my sewing space.  I kept going back and forth between different fabrics and designs and even considered just using one big piece of fabric - it was really looking like this pillow form would be spending more time in the package. 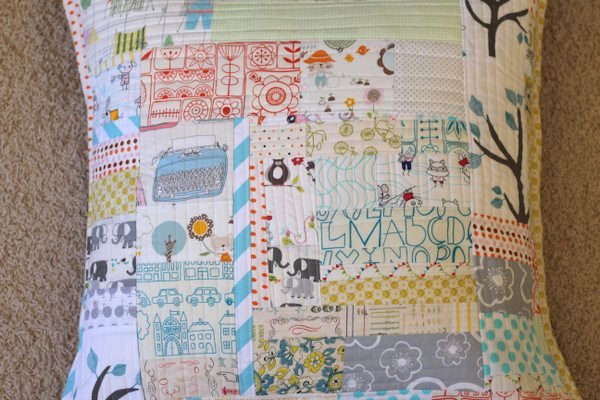 So, I went back to my quilting roots - QAYG!  I cut a piece of batting at 28" square and a piece of backing a bit larger than that.  I grabbed a bunch of low(er) volume(ish) fabrics and just started putting it all together.  (Note:  if I was making anything other than a pillow, I wouldn't have added the backing until the end but since the backing would be hidden inside the pillow, I figured it didn't matter if I just added it at this point.) 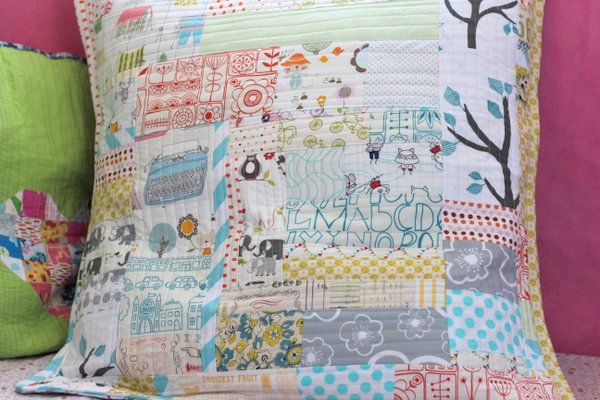 I trimmed the top to 25" before adding the envelope back but as you can see I still had lots of extra room despite it being a 26" form.  I even redid the stitching with a larger seam but it still had tons of room. 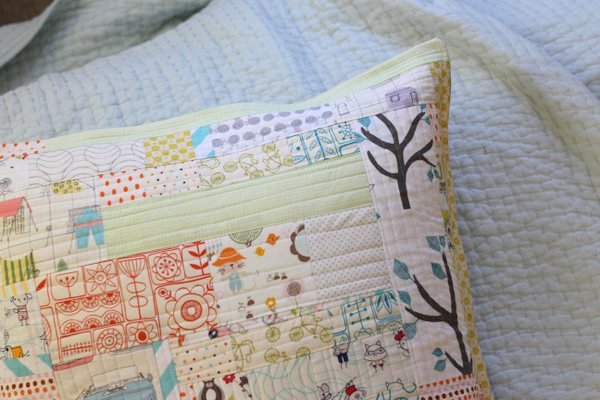 Oh, well.  I don't usually topstitch around the edges afterwards but I decided to try it this time to see if it made a difference and while it is still not quite the best fit, I'm leaving it as is (at least for now.)

The pillow is now living on the "floor couch" in the tiny room that my daughters refer to as "the library" - they read so many books set in the olden days that I guess they think all houses have a library!  Of course, they also think I grew up in the olden days so . . .