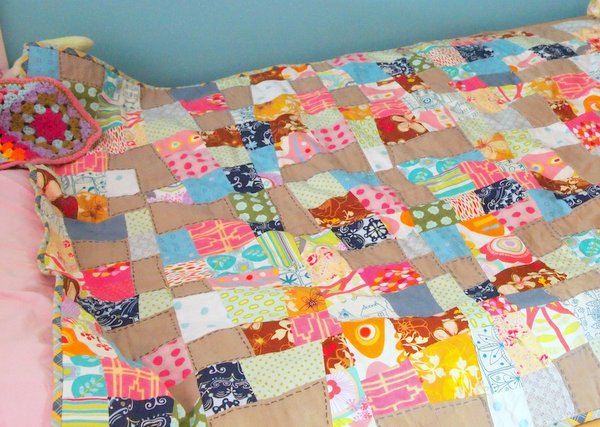 I wrote about this quilt in several WIP posts over the summer but never posted the finish.  Probably because the second it was finished, my oldest daughter whisked it away and I haven't seen it since!  Well, she was the intended recipient. 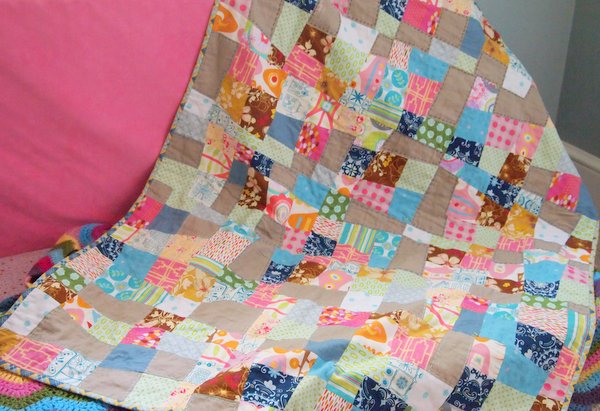 I was thinking about it today so I ventured up to her attic bedroom and took it out for some photos.    I used the crazy nine patch square from Oh Fransson using two squares of essex linen for each set. 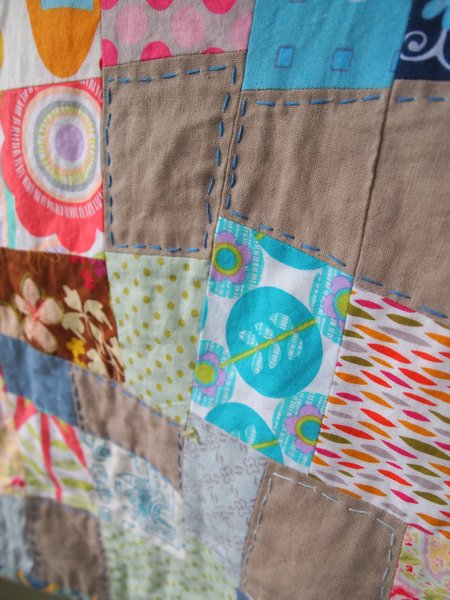 I hand-quilted it using various shades of blue (basically what I had in my stash)  BUT I only quilted it to the batting - I really don't know what I was thinking.  Well, actually I was thinking that I wouldn't have to bury a bunch of knots but I obviously didn't think it through to the next step. 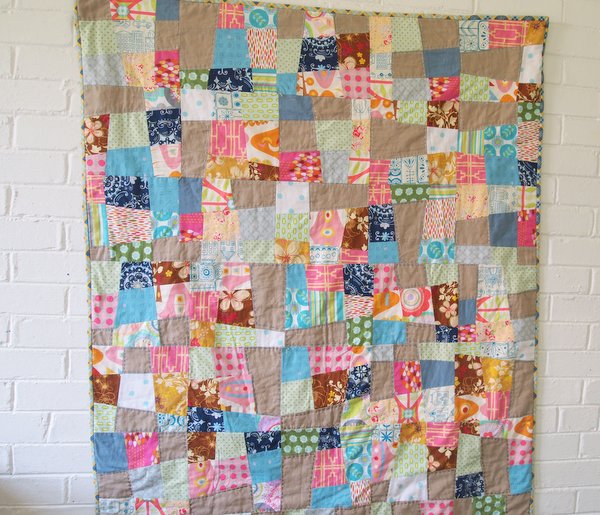 I ultimately decided to hand-tie the quilt using perle cotton and so it all worked out in the end.

This was a fun quilt to make plus it was actually quick and easy but I think if I were to make it again, I would limit my color pattern (like Elizabeth did in hers).  I mean, I know it is called crazy nine patch but I think with all these colors it might be a bit too crazy.  Luckily, as I have written many times before, the recipient, my oldest daughter, loves it and told me she wouldn't change a thing.  Hope those  rose-colored glasses she sees all my quilts through don't break anytime soon.

Linking to TGIFF which is at Quiet Play this week, Crazy Mom Quilts, and Confessions of a Fabric Addict.

Email ThisBlogThis!Share to TwitterShare to FacebookShare to Pinterest
Labels: quilts